Do you prefer online or offline gaming? 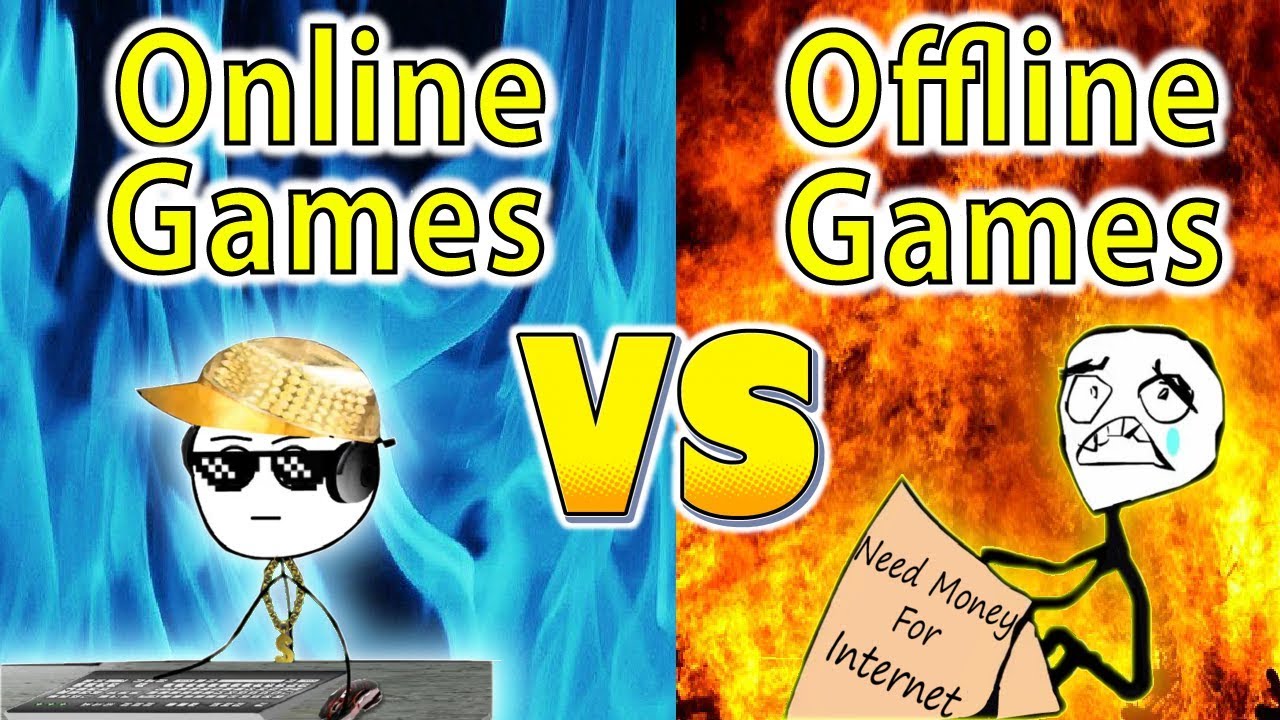 Do you prefer online or offline gaming?

With new trends in online gaming ranging from interactive role-playing games (RPG) to online player versus player and even virtual reality casinos, the online gaming world is abuzz with activities.

While some argue that the excitement from online digital games cannot still be compared to that of good old traditional gaming; the fact at the end of the day is that more and more players are opting to play online than offline.

This trend, however, can be attributed to a number of reasons, ranging from the ready availability of several games to choose from, the presence of players to play against, and the improvement in the online user experience.

However, while offline games can be quite interesting and equally competitive, it is mostly argued that playing games online takes the competitiveness to a whole new level entirely. At best one can only go head-to-head against willing friends and family members in offline games but the internet opens up a world of opportunities allowing access to a playing field where you compete against millions of random gamers without restrictions of time or location.

Users of online gaming platforms with global scoreboards and ranking compete severally to meet up with leaders.

It is perhaps, this heightened competitiveness in the online space, and other factors that contribute largely to the addictiveness of playing over the internet than offline games.

Gamers find themselves furiously chasing after leaderboards and rankings sometimes spending hours of their time online just to meet up.  Many, however, have argued that both online and offline games have the same tendency to be addictive considering especially, the fact that even digital games on various devices as long as they do not require an internet connection can be considered as offline games and have also been associated with high-level addictiveness.

Lovers of offline gaming have also claimed that one of the thrills of playing games is the camaraderie that accompanies playing with friends and family which playing over a network lacks. The impersonality of playing over the internet is just much more pronounced and rips the fun off it.

These factors coupled with the fact that offline games do not require your 100% attention and thus you can still play while holding conversations or over a drink with friends or any other similar activities.

But with online games, there’s simply no pause and play, users will have to be completely immersed in the game and play through all that’s going on around them or risk losing a level if they allow themselves to be distracted. Thus shutting out family and friends rather than unite them especially with massive multiplayer online (MMO) platforms.

The competitiveness of playing online games has an advantage though, the challenge it offers makes it possible for players to get better at playing the game itself, tasking their minds and scaling tougher levels than they would have possibly done with a non-virtual game with little or no competition.

There is also the argument that offline games are softer on the pocket and only carry a one-time cost of purchasing, unlike the virtual games that require users to pay on each log-in.

Whatever your preferences are, whether you are a big fan of the old classic or you are a patriot of online gaming communities. Gaming is so much fun and rather than stick to the old timers you can check out various virtual platforms.